Welcome to EMV Software AS

EMV Software is a company that is working on developing quality games for Windows , Mac, iPhone, iPod, iPad and other mobile gaming devices.

Some very sad and very serious news for everyone following the development of Warblade Mk II and Deluxe Galaga Reborn. Unfortunately Edgar Vigdal passed away on the evening of the 1st April 2015 of cancer. I believe the death of his father and the toll that brought on him along with his lifelong illnesses had worn him down. We are all shocked and saddened by this news and my deepest warmest thoughts are with his family and friends. I will miss Edgar very much, he has been a big part of my life for many many years now through our long chats and late nights on Skype.
RIP my great friend. Keep on coding...
Simon Quincey. 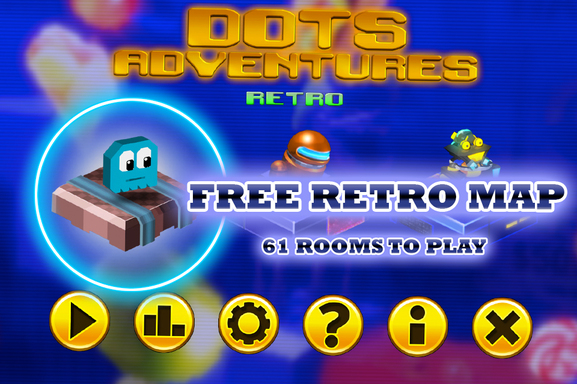 The Magic Coin Machine is now available in the AppStore 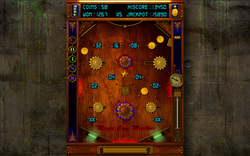 The Magic Coin Machine is now available in the AppStore for iPhone, iPod and iPad.

The Magic Coin Machine was submitted to Apple for approval 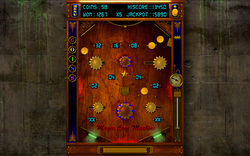 My new game "The Magic Coin Machine" has now been submitted to both the iOS App Store (iPhone & iPad) and to the Mac App Store.  The iPad version supports the very high retina display on the new iPad (iPad 3) of 2048 x 1536 and is very detailed.

See my blog to read more about this news article.

_Warblade MKII is now in the making and will feature many new things.

Design levels and levelpacks on PC and download them on iPhone, iPad, Mac or more simply put : Design on one device and upload, then download on all the other devices/platforms!!  I will make many new aliens graphics that can be used in user created levels.

Since this is still in early beta (Level editor and user stuff) there are still ideas and other stuff that I have plans for adding.

Warblade MKII is working "OK" now on the PC and features HD graphics, many new featrues not seen on the PC version: 50 achievements, switchable windowed/fullscreen option, window scaling to fit your screen size.

Warblade HD is now available. Lots of stuff has been fixed and all graphics is now in HD (full iPad resolution) The game uses the Game Center for online leaderboards and achievements. 50 achievements are now available in the game 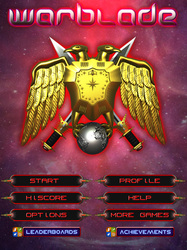 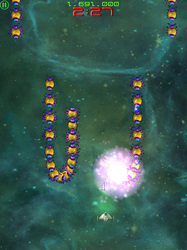 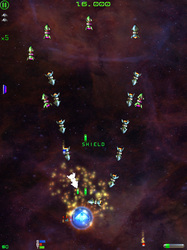 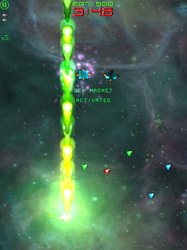 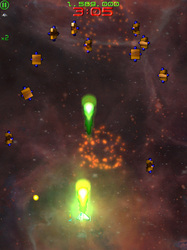 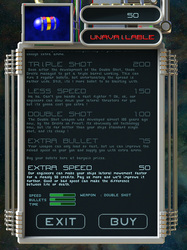 Warblade for the Mac App Store

Warblade v 1.4 is now available on the Mac App Store. This is an updated version of the regular Warblade version for PC/Mac. Some new features have been added and some things have been fixed and improved.